Over the past year I've been hosting a sewing group at my local library.  It's been my way to still connect with other sewists since I closed my shop.  I had a bunch of Eric Carle fabric that I intended to use for a project years ago but never did.  My kids are past the Eric Carle stage and I don't know anyone with kids that age.  I decided to donate the fabric to our sewing group so we could make quilts to raffle off and support the children's department at the library.   We have been working on several quilts (we have 3 in progress!).  I planned to have these completed during this past summer so we could sell tickets during the local fair and holiday season.  Picking a winner just before Christmas was the goal.  But seeing as how it's almost mid December and I'm just to the quilting stage on 2 of them, none of that is happening.  Spring quilts?!?  I think that sounds like a good idea too. 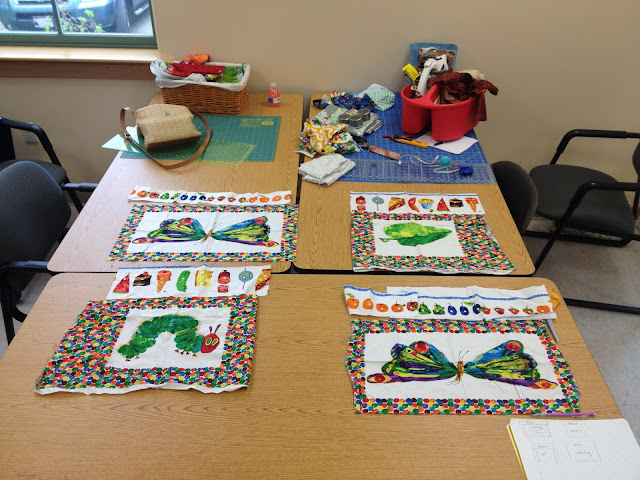 These are the first two quilts in the early planning stages.  All wrinkly, unsewn and untrimmed. 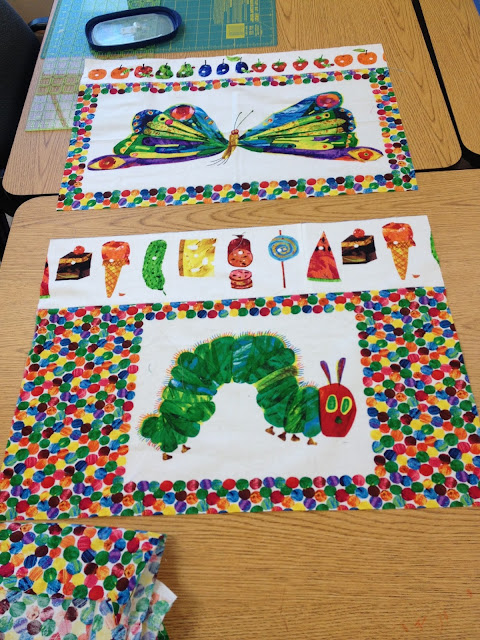 Now pressed and trimmed and the sewing has begun. We were working with some odd scraps.  You would never know that there is a seam right through one of those ice cream cones.  One of the ladies helping was super good at matching so I left that up to her. 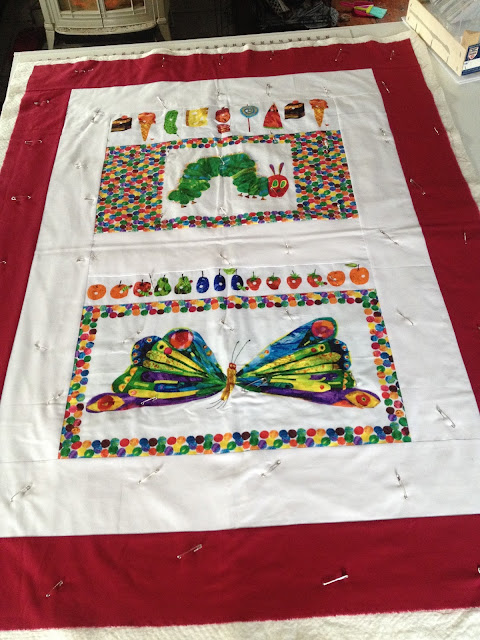 I finally got so fed up with the lack of progress that one day last weekend I finished assembling the tops and layered and pinned them. 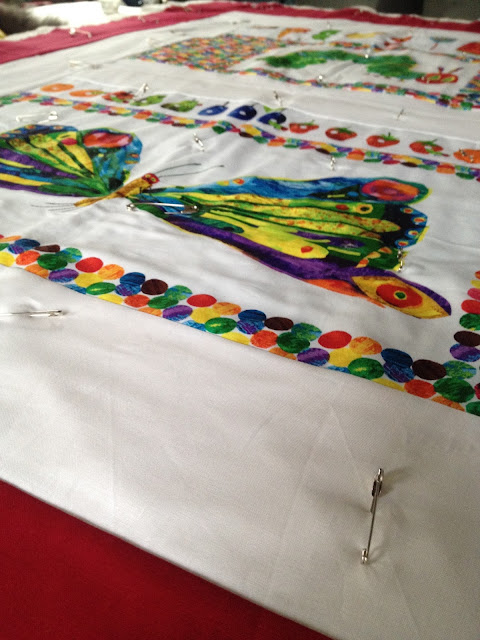 All ready for quilting.  My favorite part.  My least favorite part of a quilt?...assembling and adding the borders.  It's the in between part where big pieces are going together and it's harder to maneuver the large pieces of fabric.  I wish I had a piecing wall or larger floor space at least. 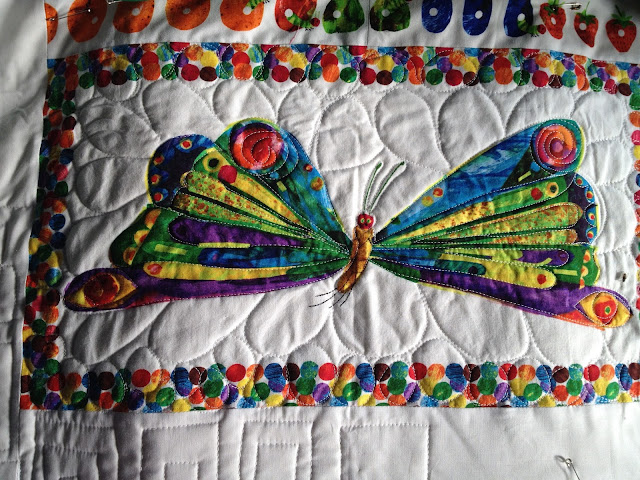 Now back to my favorite part - the quilting.  I use my Viking Mega Quilter.  I have played around with a long arm but I love the freedom to move anywhere I want without a restriction of working in a horizontal path across the quilt.  Plus, I feel like I have more control using my hands to move the quilt.

I ran out of bobbin thread at this stage and I haven't filled more yet.  It's only been a week so I don't think I'm procrastinating too much at this point.  We'll see how long this goes on for....
Posted by Jenna Lyn Smith at 7:44 AM No comments: