Deconstructing a Shirt to Repurpose 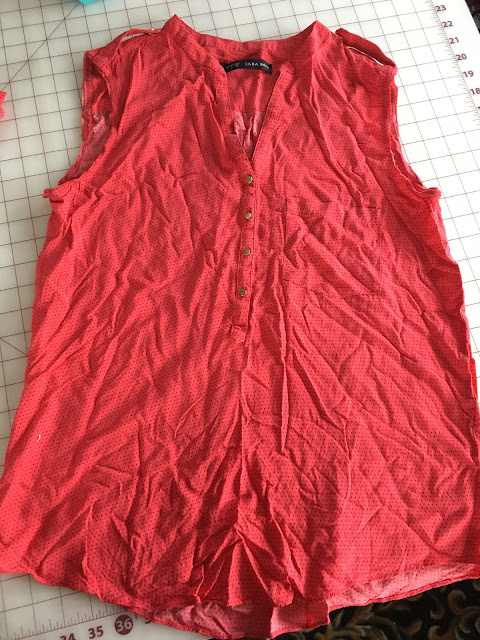 I found this shirt at the Goodwill a few month's back. (I already started deconstructing at this point so the sleeves are gone.)  I love the style of it, the color and the fabric. (Minus the wrinkles of course. Pressing came after it was fully deconstructed.)  It was on the verge of will it fit and I just don't try anything on until I bring it home first. 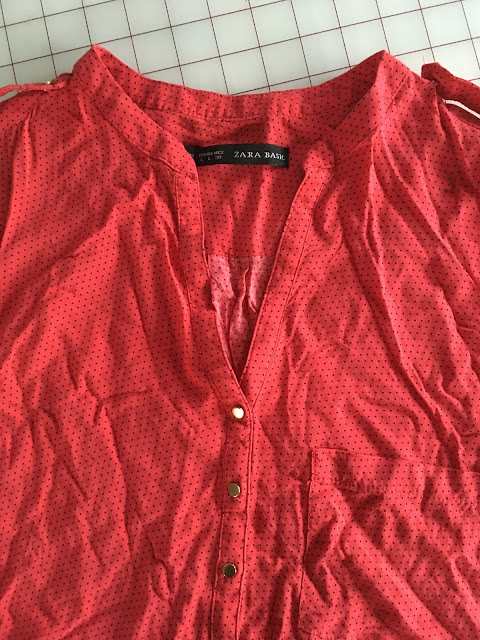 I bought it anyway.  It didn't fit so back in the donation pile it went.  But it kept peeking out of the bag at me.  Every time I would go near the bag there was that red saying I'm in here! Don't get rid of me just yet.  I even took it back out of the bag and tried it on again.  But no.  Still didn't fit.  I tried thinking of how I could remake it into some other type of clothing like a tank but the middle was the most snug and I wasn't into figuring out what to use to make it look like I was trying to expand the middle.  I have remade several of my clothes into something for my kids.  I think they like the idea that what they now have is a shirt that was just like mine.  I'm sure I'll only be able to do that for another couple of years at least for my youngest before she thinks it's corny. 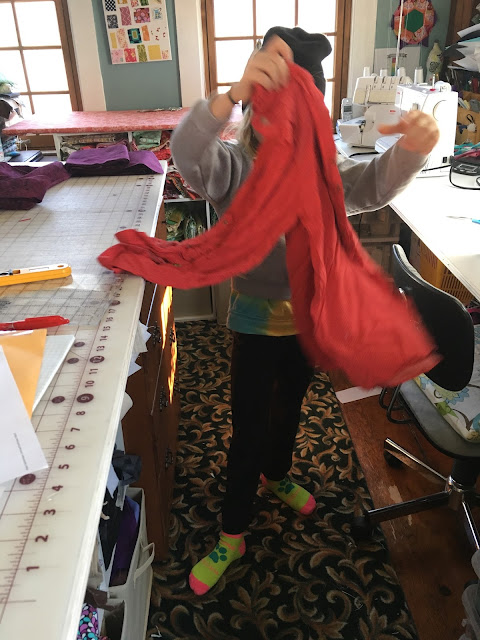 There it is with the sleeves...sort of.  I had a moody child home sick... 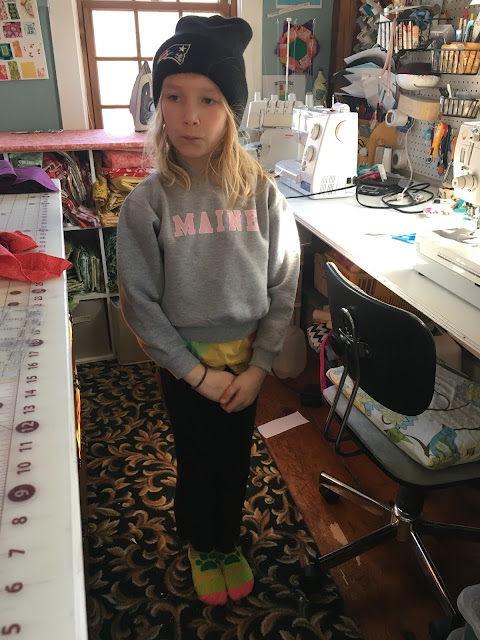 ...who's sweat shirt was too small and wouldn't take her Patriots hat off all day. 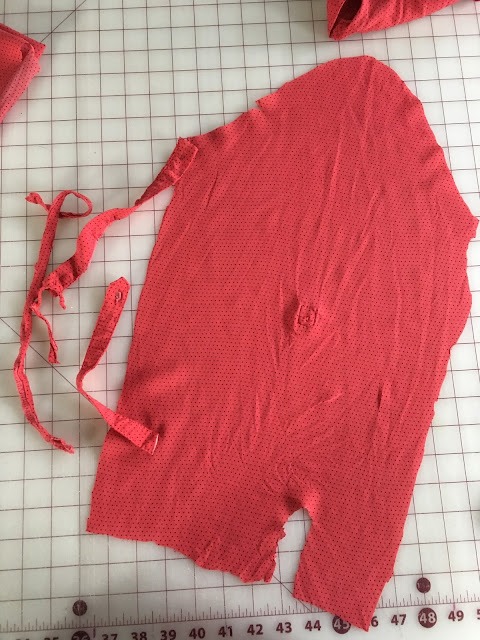 Back to the shirt! My scrap boxes have been growing so I've been working on cutting scraps up into 2", 2 1/2", 3" & 5" squares.  I love cutting squares.  It's the perfect thing to do when I want to be at my sewing table and not think too much.  Since nothing else was coming to me and before the shirt made it's way into the depths of my sewing table not to emerge for another couple month's I thought I would just tackle it and turn it all into 2 1/2" squares.  Part of my reasoning for that is because the rayon is so wonky to work with it's best to have a smaller piece that hopefully won't give me too much trouble while I'm trying to match everything up.  I haven't worked with red in such a long time that I'm due.  I guess this isn't red red.  More of a coral-ish red-ish.   Maybe an Irish chain wall or lap quilt, table runner.  I've got enough for a doll skirt..that would be cute.  I guess we will have to wait and see what strikes me.  For now I'll add it to my box of scrappy squares.

For deconstructing I just cut everything apart at the seams.  Then I trimmed all seams and hems off so it was easier to cut and then just sliced away.  I love that I repurposed something and that I got to keep the shirt after all. 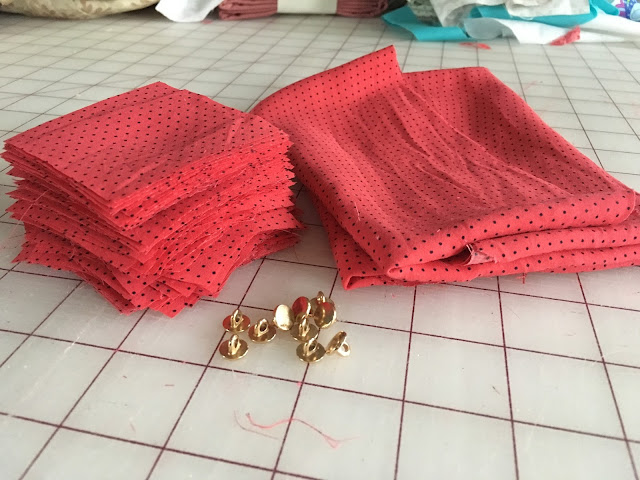 I was able to get 116 squares out of just the body.  I left the two arms because I thought I might like to incorporate some of the color into my La Passacaglia. Plus I also took off 10 gold buttons I can add to my grandmother's button jars.
Posted by Jenna Lyn Smith at 7:02 PM No comments: