It's also the first time that I have chosen a word for the year but as I was on the elliptical at the Y this morning listening to one of my favorite podcasts by Elise Gets Crafty and this one in particular, the word just popped into my head.

I want to push myself to do more this year in my business. 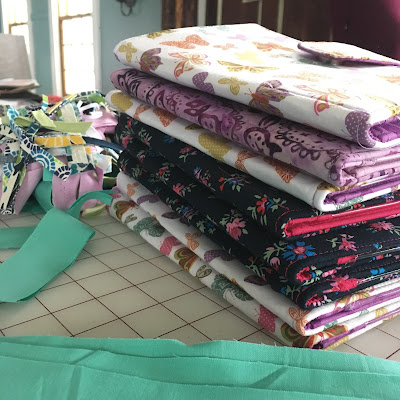 I want to push myself to stay on top of things and not get behind.
Push myself to make working out a priority. 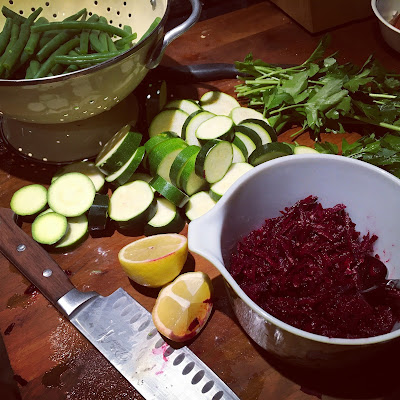 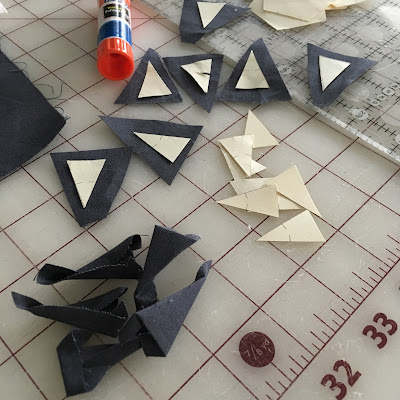 Push myself to stick with something till it's done and not give up.
Push my mind to concentrate more, think deeper and not be so rushed to get somewhere or get something done.
Push myself to blog at least once a week... for myself.
Push out negative thoughts which make me feel overwhelmed, frustrated, jealous and unproductive. 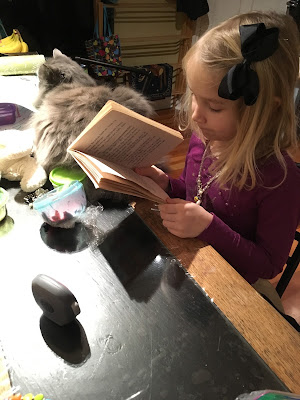 Push myself to savor life and breath more. 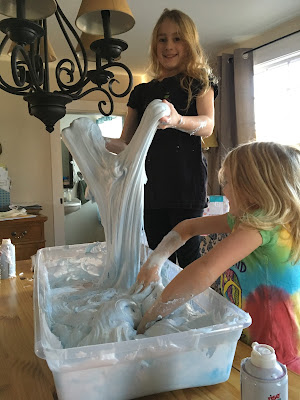 Push myself to not take my children for granted and to engage deeper, let go and play more.
I'm sure I can come up with a hundred more pushes but this should get me started.

Posted by Jenna Lyn Smith at 1:44 PM No comments:

This quilt started out as a block I wanted to make by the Missouri Star Quilt Co.  I love all of their videos and Jenny just makes me want to whip out my fabrics and start quilting.  I was aiming for this block but somehow it turned into this block. 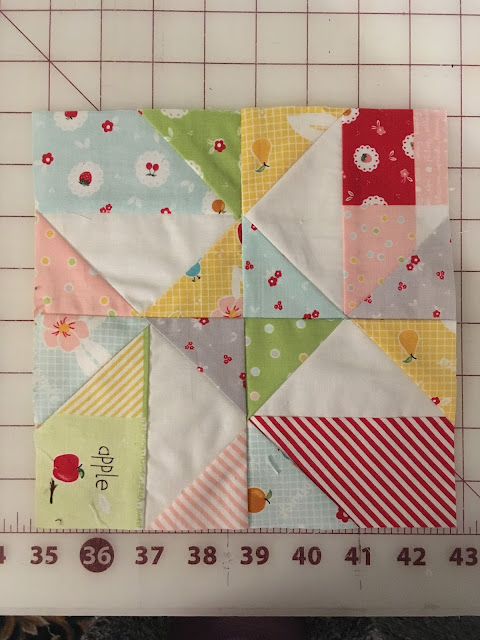 I have a bad memory but sometimes it's to my benefit. Once I watched the video again and took better notes it turned into this, which is really more of what it is supposed to be. 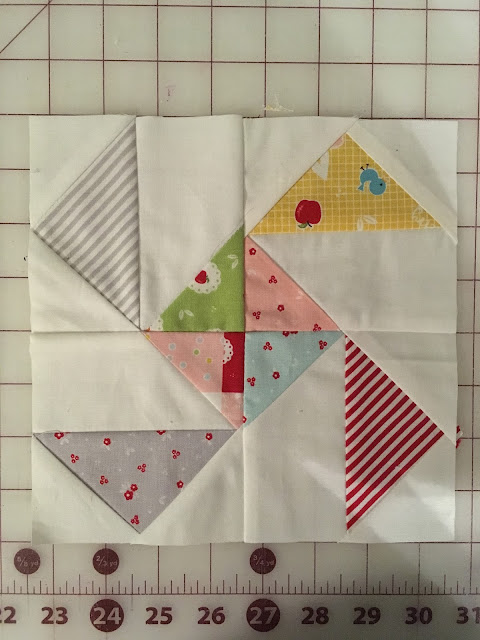 But by the time that I figured out the right block I had already made 6 of them.  It's been a very long time since I've started a quilt and finished one.  Being so early in the year I thought it was a good time to start and finish this quilt.  Maybe it will set me on the path to actually finishing some of the other quilts that are waiting for me. 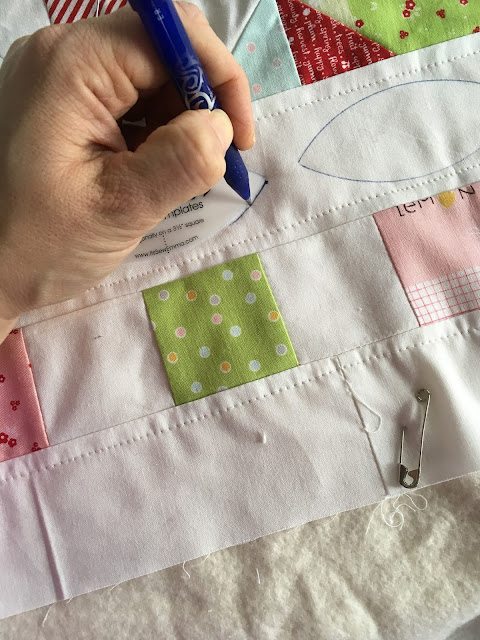 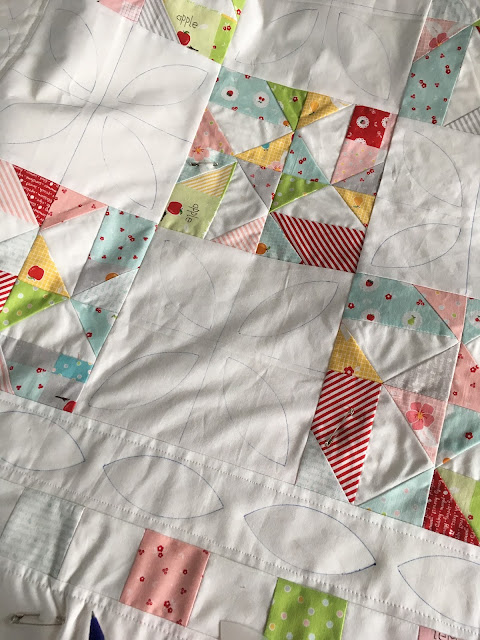 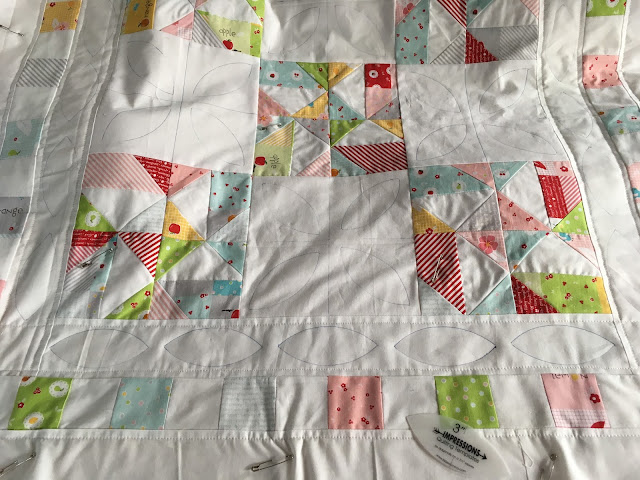 I used a frixion pen to do all the pattern markings.  This is actually the first time that I've pre-marked any quilting lines.  I'm a fly by the seat of my pants type of quilter.  My plan at first was to keep this very simple with simple lines but for some reason once I start quilting I can't stop! 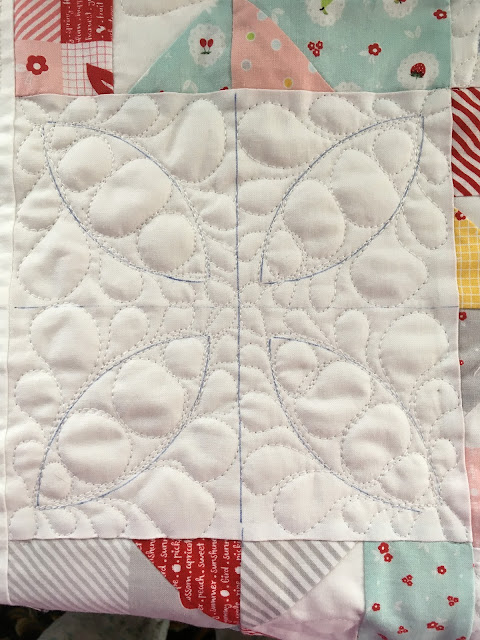 Here's the before getting rid of guide lines. 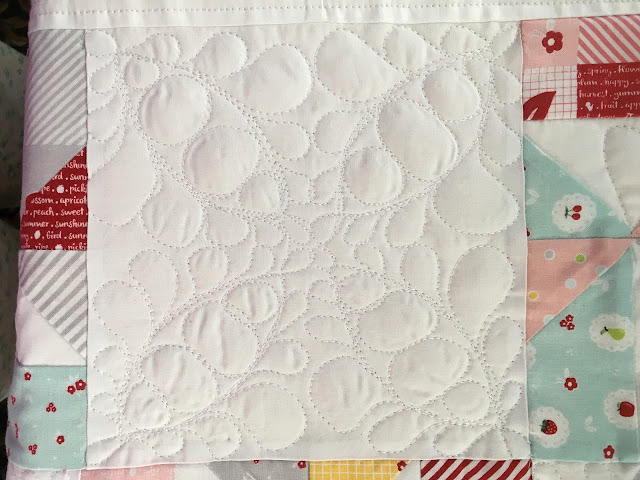 Here's the after.  It's pretty neat to see how it transforms the design. 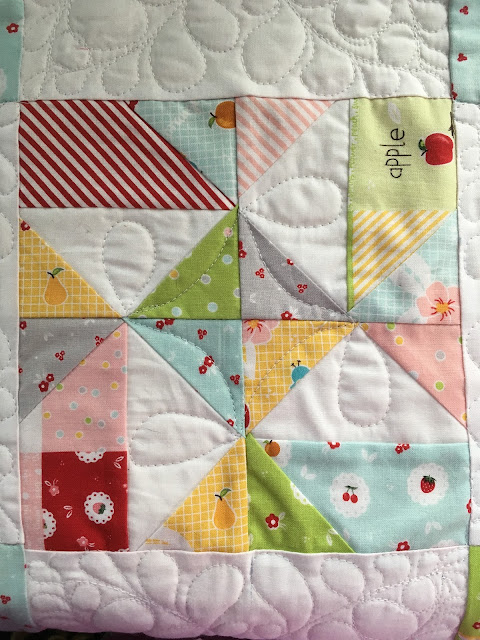 I kept the pieced blocks very simple with loops in the white and then traveling to the next white spot through the center block. 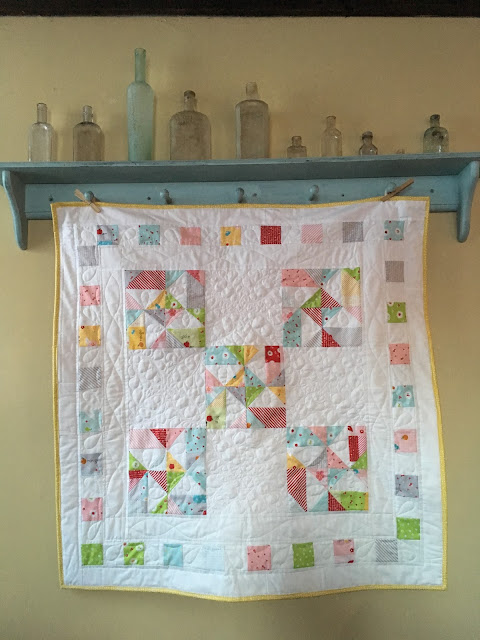 And the finished product! I surprised myself that I started in the morning with only the five blocks and part of the pieced border.  I sewed everything together, backed, quilted and bound it by late afternoon and I was super lucky that the kids were on an outdoor adventure with their dad for an hour and a half of that time.  I even got to watch my new show, Upstairs Downstairs, while I was doing the quilting. 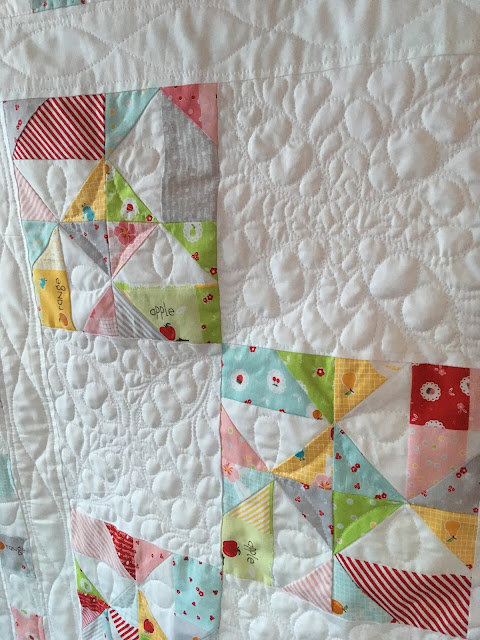 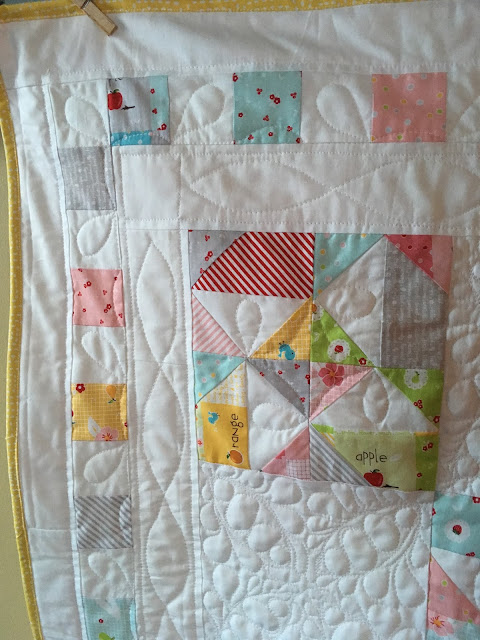 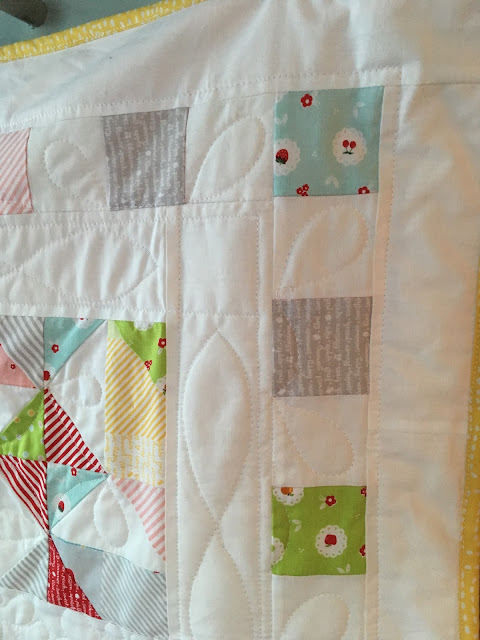 Hoping this quick completion is an indicator of how my year will go with lots of finished projects.
Posted by Jenna Lyn Smith at 6:13 PM No comments: