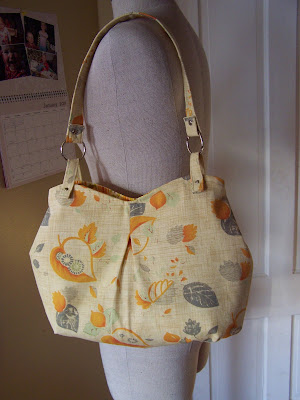 Here's my newest design.  This is actually been rolling around in my head for sometime now and it's finally been made!  I am really excited how it came out. 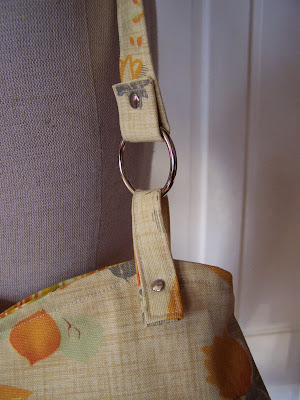 This is the first time I have used rivets.  What a time saver!  I actually installed them backwards on the upper part of the handle but for a first time, I'm still happy with it.  I have so wanted to use these for ages. 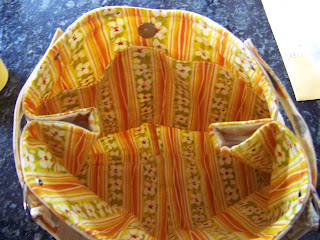 The really cool thing about this bag is when you open it with the handle off your shoulder the way it attaches with the rivets the strap completely slides right out of the way so you have full access to whatever is inside.

The fabric I used has always been a favorite.  I picked it up several years ago on clearance.

Posted by Jenna Lyn Smith at 5:42 PM No comments:

Is this Pork or Chicken?!

I’ve never really been a fan of pork.  There is something about the flavor of it.  I think stinky pig (lol) every time I put a piece in my mouth.  I’ve always been super careful to cook it enough that there is no sign of pink.  It usually ends up very dry.
Side Story: For some reason a few years back I went in on half a pig from a local farm.  While I loved the idea of having a locally raised pig and the freshness, the flavor was even stronger to me.  I did cook one of the tenderloins and it was by far the BEST pork I’ve ever eaten.  It melted in your mouth and did not have a strong flavor.  Stupidly I did not cover the meat while cooking and the fat was popping and crackling that flavor all inside my oven.  I tried cleaning the oven later on the auto clean.  That was interesting to say the least!  Huge flames were rolling around inside.  I was frantic wondering if I should call the fire dept but decided on the next best thing and called my dad.  The house did not catch on fire and my oven eventually put itself out.  It took quite a bit of elbow grease to get it clean even after the fire!
So now getting back to my perfectly cooked pork.  Last weekend we ate at my parents.  My mom is a great cook and her pork tasted a lot like chicken.  It was moist and flavorful (in a good way). Even my husband couldn’t get enough.  Now if I could replicate that I would be a lover of pork!
Yesterday I attempted my own perfectly cooked pork with coaching from my mom and with great results!
I was so excited about it I have to share.  Here’s how to get your pork perfect!
I did not measure anything so amounts are just a guestsimate. 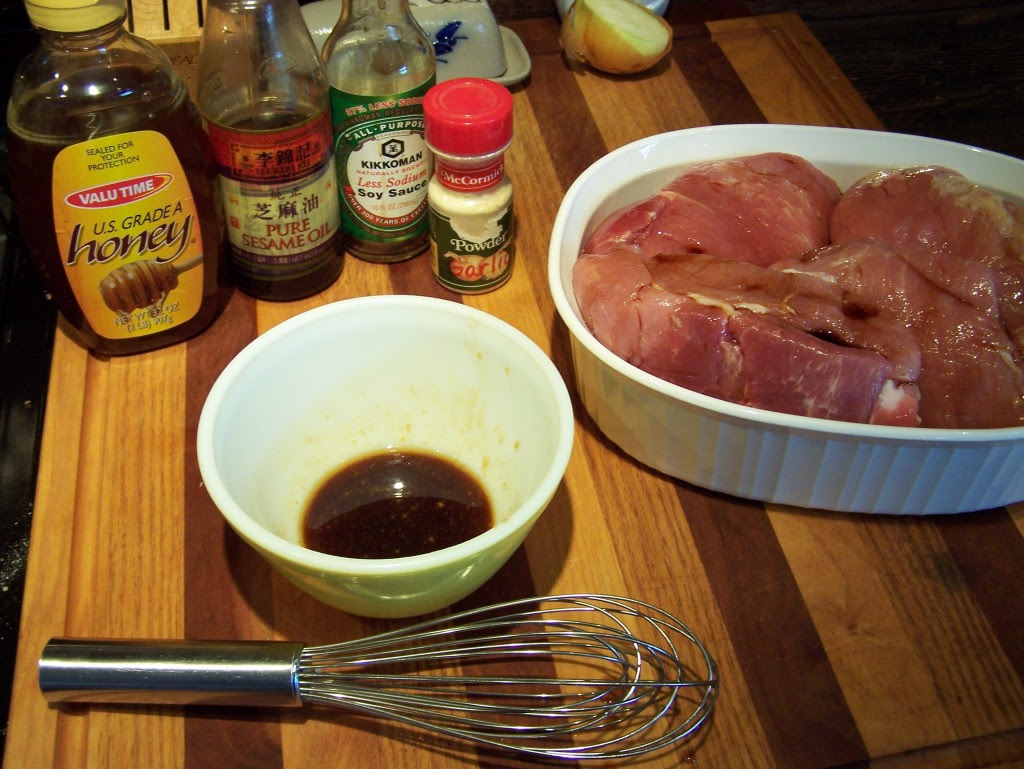 ½ cup soy sauce
5 shakes of garlic powder
2 T honey
2 T of sesame oil
Wisk all together and pour over pork.  Marinate for at least 30 min but 1 hr is better.
My mom used a tenderloin but I used some nice chunky sirloins.  I think any thicker meat would work fine.
The real secret here is cooking times.  And a meat thermometer is essential! 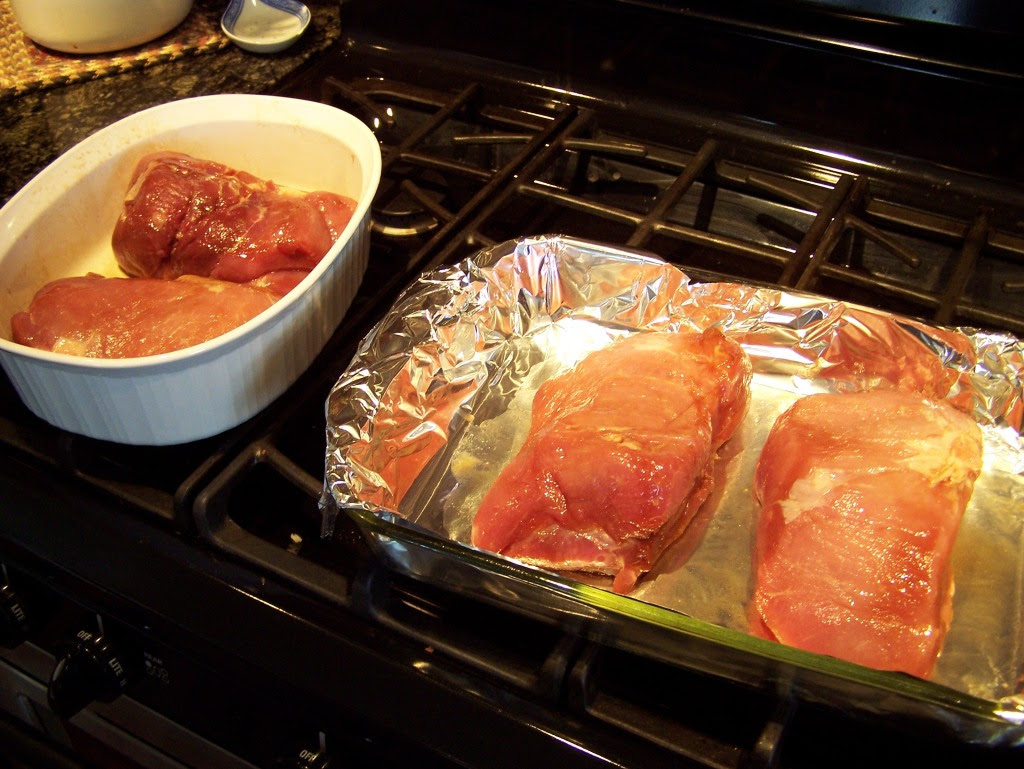 Ready to go in oven after marinating.

I cranked my oven up to 500 degrees and cooked the pork for 10 mins.
Then lowered the temp to 400 degrees until it reached approx 145 – 150.  For me this took about 35 mins. but it should definitely be less than an hour.
Take it out and let it rest for at least 15 mins.  I sliced mine up and poured the pan drippings over it.  It was so yummy!  I will now make pork a part of my weekly line up.
The center did look a little pink to me so after slicing and pouring over the drippings I did put it back in the oven for about 10 mins at 350.  Even though you will find many who say it's ok to eat a little pink there is just something about it that grosses me out.  I like it just past the pink stage but still very moist.  Everyone here said it was delicious and I agreed.
Shouldn’t pork be cooked until 160 degrees you may ask?  160 – 170 is what I always cooked my pork to before.  There is much information out there saying all of the bad stuff is cooked out of the meat at 147.  Cooking it until at least 145 will ensure that it reaches that 147 since the temp continues to rise for a few mins after you remove it.  Try a search for pork cooking temps and you will see what I mean.   My pork ended up rising to around 150 and it was just right.  I would say even 155 would be good too if you are nervous about getting it cooked enough.
Give it a try tonight!  I bet you will fall in love with pork too!
Posted by Jenna Lyn Smith at 9:18 PM No comments: