I've been in the mood to sew lately but I haven't really been able to decide exactly what to sew.  I have also been working to reduce the amount of sewing stuff that I have too.  I know... gasp!  but I hate to think about all the tubs of fabric and supplies that are tucked away going unused.  If it's in a closed box and I can't see it I might as well not even have it. 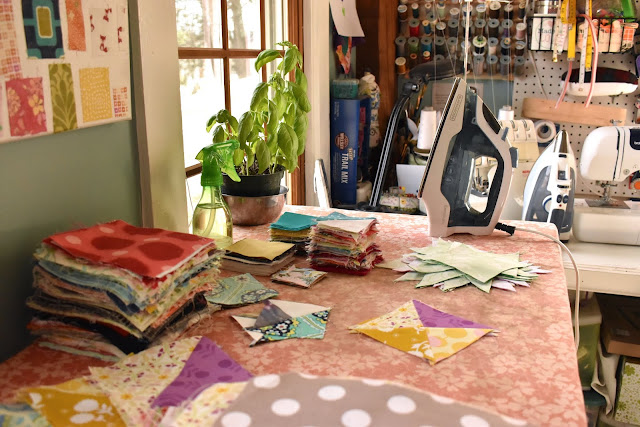 I've been making peace with the fabrics and supplies that I love and haven't brought myself to use yet.  I've been sewing non-stop for well over a decade and those special things I have been saving just don't have the same appeal so I might as well make something out of it all now. 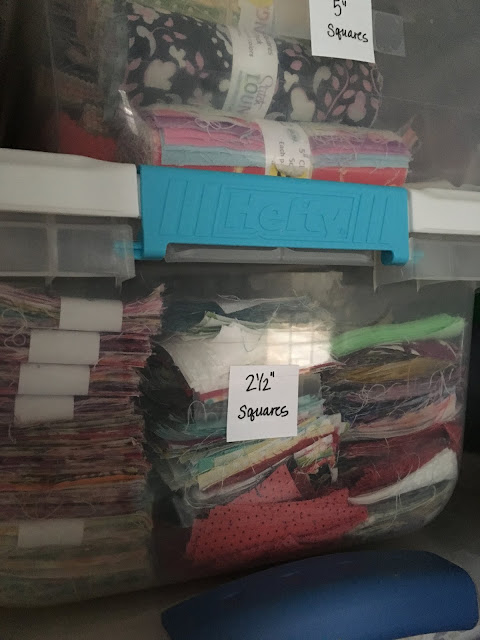 Several years ago I found a book at the library called Scrap Therapy Cut the Scraps! by Joan Ford.  Her process is basically cutting her scraps into certain sized blocks and storing them for a future project.  I was hooked!  Since then I've been cutting lots of 2 1/2" squares and mixing in lots of other sizes.  I've just recently started adding in 1 1/2" squares.  I told myself I wouldn't bother with such small pieces but my sewing lately has gotten me working with smaller pieces and enjoying it! 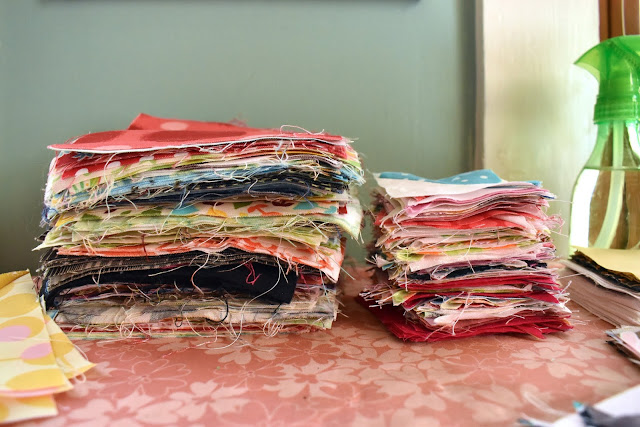 This is also right up my alley for doing some mindless work to destress or just puttering.  For those times I feel like being in my sewing area but don't really want to run the machine or think about putting pieces together. 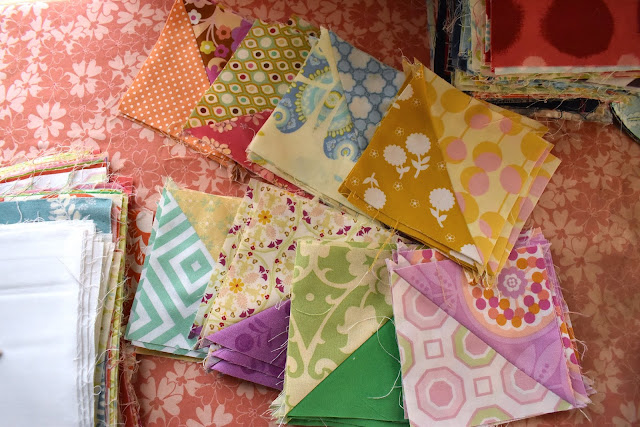 I've come to think about my sewing like grabbing a cookie, a cigarette or whatever someone needs for getting a quick fix.  If I've got a couple minutes before running out the door or waiting for something to cook for dinner I'll head to my sewing area and grab some scraps and start cutting. 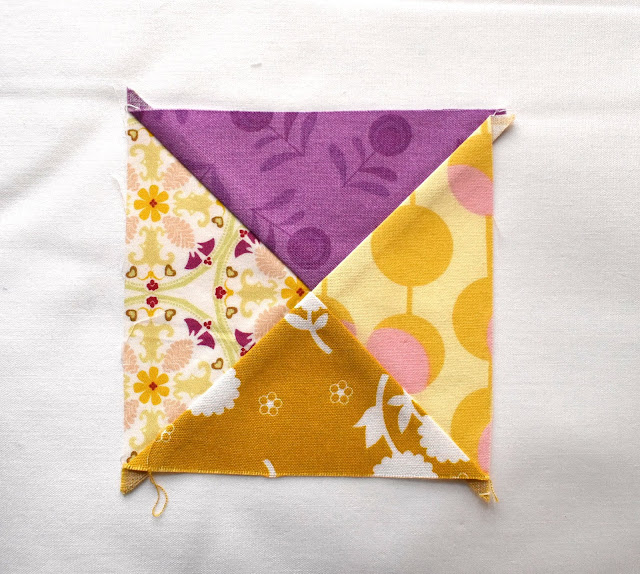 A little more recently I've stumbled across cutting strips instead of blocks.  Another idea that I was thinking, why have I not thought of this before?! 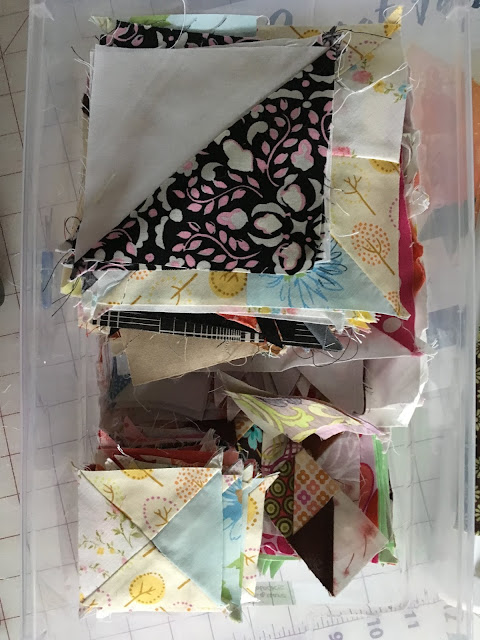 Here and there...just doing the fun bits.  Someday I'll pull it all together and I'll see where/how it will all end up.  It's a surprise of my choosing in the future.
Posted by Jenna Lyn Smith at 9:21 AM