We spent our weekend doing the Christmas thing!  Saturday morning we went out to our favorite breakfast spot, Elmers, in Ashfield.  My mouth is watering just thinking of it now.  Then it was off to pick out our Christmas tree.  We have been going to this place for at least 11 years.  You trudge through the woods with a saw and find a tree top, cut it down and drag it out.  Only wondering while you are lugging it out down steep embankments and pricker bushes why it is that you did this again. 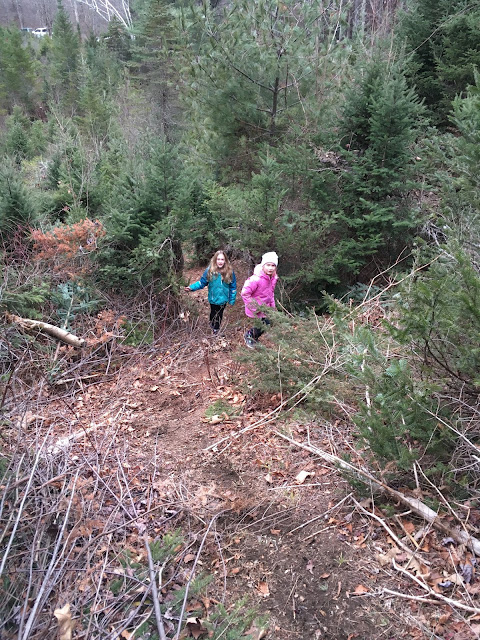 They are ungroomed and completely natural.  It's been $25 up until this year when it went up to $30.  This year it seemed a little more difficult to find one that was full enough. 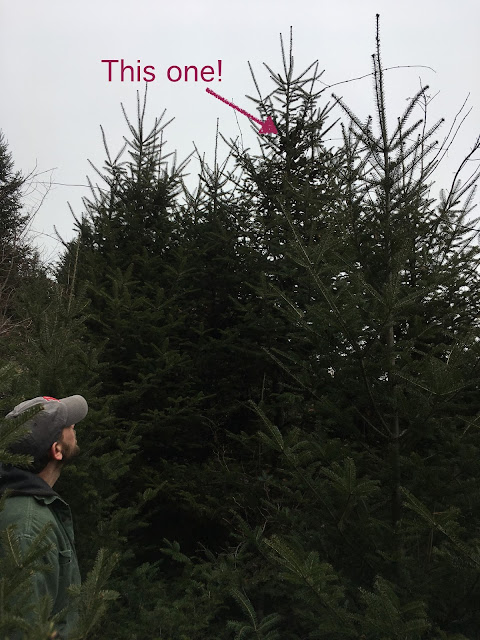 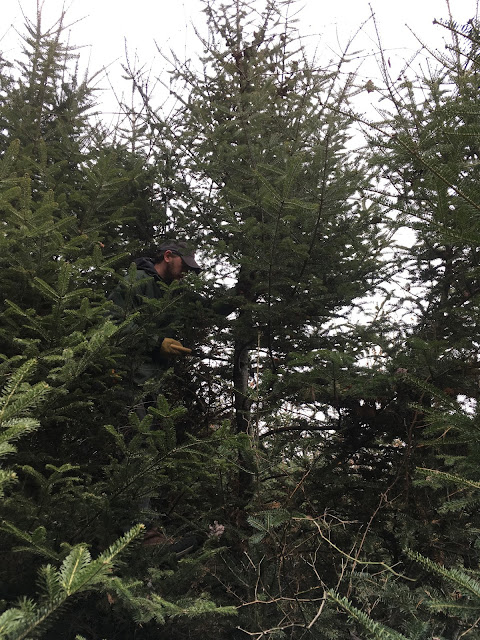 We found the perfect one but it was pretty high up.  My husband is a good sport and didn't mind a little tree climb.  All of the pinecones in the upper branches sealed the deal.  We even stole a little of the grapevine climbing over the trees next to it.  We were just helping the next person clean who didn't want a bunch of grapevine stuck on their tree.  If I had it my way I would have just loaded it up with lots of grapevine, bittersweet, red berries and white lights.  I don't think the kids would be happy with that.  In fact Jalila kept saying, when are you going to take those sticks off of the tree...(eye roll from me) kids these days have no appreciation for the natural state of things! 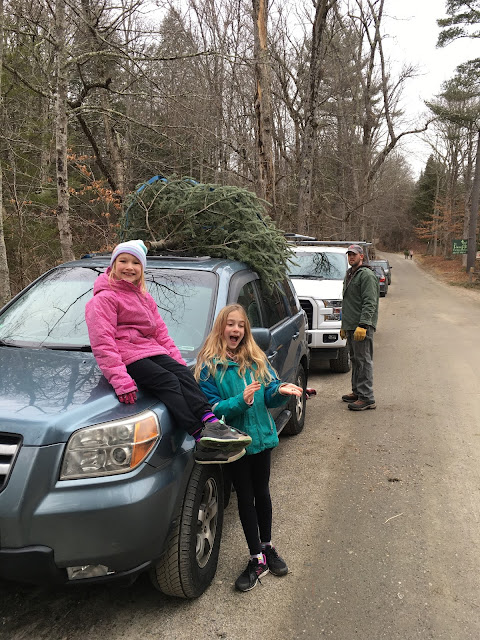 We learned a trimming lesson the hard way last year when we brought it inside and trimmed off the extra from the bottom.  We were bummed because we should have cut the 6" off the top which would have made it look fuller both at the top and bottom.  This year we measured, twice! and then cut from the top.  I trimmed a little from the branches but I really like the totally natural look.  Someday I'll probably figure out that I'm just talking myself into it because of the price. 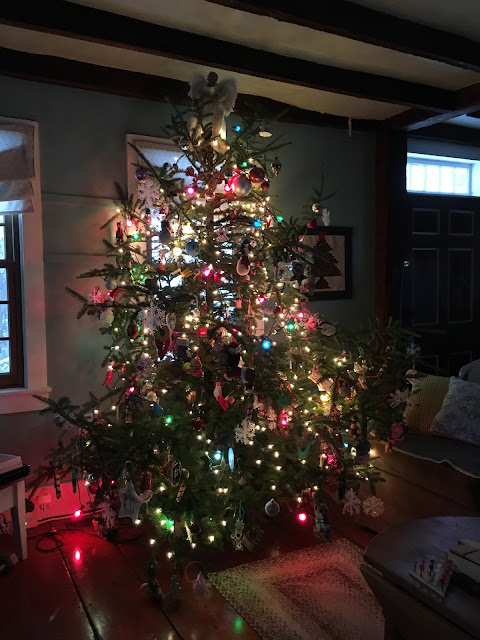 We have a ton of ornaments.  This tree fit them all.  We had an incident a few years back where my youngest daughter accidentally tipped the tree over.  I lost all of my vintage and fancy glass ones that I had been collecting since I was a teenager.  I was sad but it's only ornaments.  That was traumatic and it's turned into a Christmas tradition that we have to retell the story.  I keep thinking she is going to have some deep lasting emotional scar from reliving it every year but she's just as into the story as the rest of us.  Only time will tell.

This was a strange weekend because my husband took both weekend days off and we didn't have something that we had to do that was work or sports related in any way.  On Sunday I ended up spending a good long time with my sewing machine.  I'm prepping for a last minute holiday sale with some friends.  I got 2 reversible aprons made and designed another one that is a cross back apron.  I decided to make my own pattern for the cross back because I didn't find one that I really loved and I also didn't want to have to buy a pattern and tape together a ton of 8 1/2" x 11 sheets of paper.  I don't have any photos of those yet but I might make a post of it's own for what I'm making. 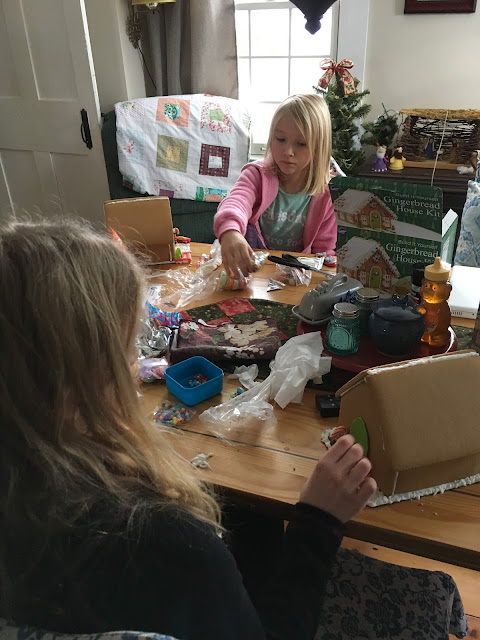 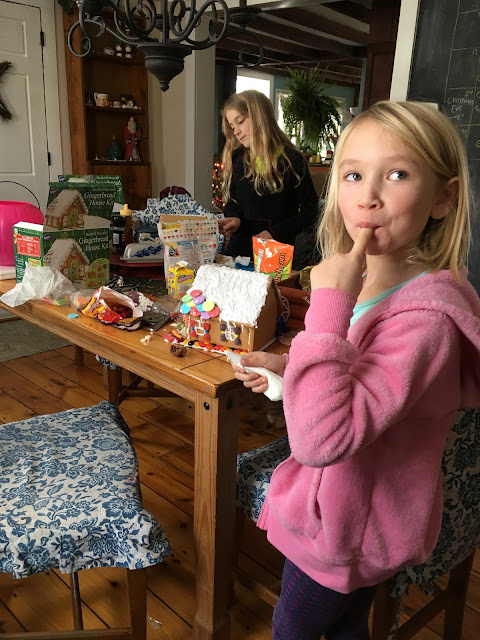 I did take a little break from sewing for gingerbread houses.  I bought kits this year instead of making it all from scratch.  WAY easier!!  Plus they used up a ton of old candy.

Posted by Jenna Lyn Smith at 6:56 PM No comments: