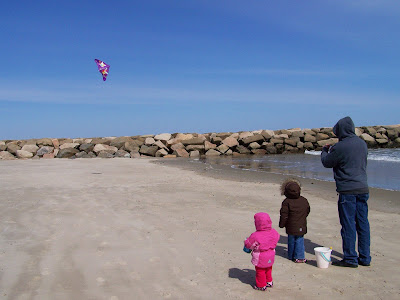 Normally we are home-bodies.  With the kids we find it so much easier to just stay put and keep to our schedule.  We know we are boring.  Well, I wanted to just do something a little different.  It was a tough winter.  For a few weeks my husband was getting up and leaving before any of the rest of us were awake and coming home close to the kids bed times.  It's the life of being self-employed with a stay at home mom.  A great package deal came about from our current favorite place to stay in Maine.  #2 is now at the age that she's not going to scream on a car trip so we decided why not take a long weekend. 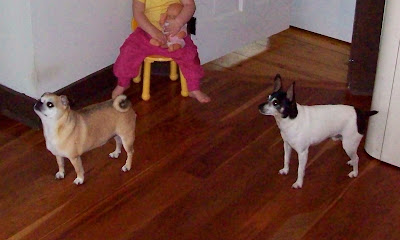 One week before leaving my dog, Snickers, ends up acting like he's blind. (The black & white one.)  Come to find out he's got bad cataracts and is now a diabetic.   He's only 10 but I found out his mother was also diabetic.  So he stayed at the vet for over a week.  That was a nice bill.  Then on the trip up there I could tell, as only a mother can, that #1 is coming down with something.  Ugh.  We tried the beach the first day as soon as we got there. 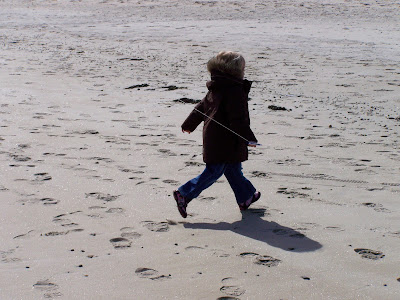 The wind was fierce but it was sunny.  The sick one wanted to leave.  That's when I knew she was really sick. 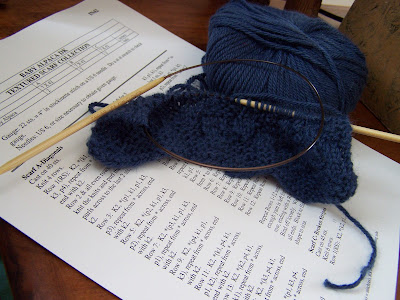 We ended up in the hotel most of the time.  Poor girl just wanted to lay on the couch.  She was really not feeling well.  My husband read, I knitted and watched tv in the bedroom.  #2 was surprisingly content to play for much longer than I ever imagined.  It was supposed to be a fun weekend but turned into a restful one which was probably more needed by mommy and daddy.